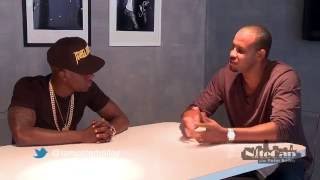 Peter Bailey continues his critically-acclaimed series by meeting up with Lil Boosie inside Miami's James L. Knight Center where the two discuss the exploitation in gangster life in hip hop & Boosie's responsibilty as a a spokesman for the inner-city.

Peter is a true pioneer for the people✊🏿 DJVlad should have a million less views and this should b mainstream media moving into 2021!!! JS

Anyone who has to keep reminding people they are real, probably isn't real.

The person in college has more loyalty to you? Get out of here, college grad here telling you that's some bullshit, all levels of life work like the street; it is the human condition, people will drop you in college just as fast as in the street, and the same goes for a corporate jobs. We live in a system that move groups in the direction they want them to go in, there is no difference, businessmen are just as cut throat as drug cartels. It's the same shit, the only difference is people aren't trying to kill you in college physically, just mentally, now in the corporates world, I don't know, a lot people die mysteriously or go missing when they are too close to money. Sound like some cartel shit to me. School doesn't change the asshole in you, it just makes you one that knows a little more..

Interviewer, where are you from? Seems I detect a lower S. C. dialect. I could be wrong.

Fuck every person who agree with his self hatred. He put himself in prison. Not your own people.

That's all Facts right there💯

Learn the system that they have used to take over the black race which is politics, and vote in your own interest just like every other group does

I was feeling Boosie until the marriage part. He needs to settle down and slow down!

Finally someone who ain’t scared of telling the truth. It hurts but it’s the truth.

That dap up at the end was real af