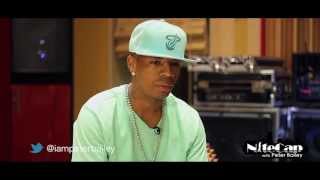 Peter Bailey catches up with Fort Myers rap superstar to share a NiteCap where the two discuss the heated debate over racial slurs in pop culture, his re-emergence back to the mainstream, his highly publicized court case & how his faith kept him grounded.

Let PLIES Know to keep doing what He doing, using his Freedom of Speech to be a voice for The Streets & if his Label ever Mishandle him make him FEEL Inferior..Oh No!..KNOW he has enuff CLOUT/ FanBase,to be Fully Indeowndent, he can Distribute his own Music & cut out The middle man.. & be buildingUp a distribution company while pushing his label signing & promoting new Talent let him know He can recruit me & my producer we will Help him lauch, Get off the Ground..not fair you can say ni××ga, Ni×ga in your songs but not Cr××Ker Cr××ker, Cr××ker..To hell w/ that..I LOVE IT Think its Sooo Gangster, Dope! Daring Bold to use it how you did in 100 years & Up the road it was part of the Hook..lol.NOBODY has done that🔥🔥🔥 its Different from what Other Artist do..Tell your label to go take a Hike..I'll work in music production for PLIES For free to keep His Gangster, Street Preaching Alive Up & Blasting..

This was truly one of the best interviews I have seen in a long time Plies is so educated and such an advocate for his community I'm so sickened and heartbroken if what's going on and just to see if he's too speak on it and you know use their platform for what's going on it's just it's really amazing I really enjoy this interview as someone living on ssi ebt living in poverty in Athens TX it really is amazing he still puts on speaks up for poverty as so many ppl are trying get out where come from it was nice see him still relating to that from hood regardless of ur riches its ur struggle that comes hard work an alot times the business doesnt matter its heart makes u u ADVOCATE for the ghetto I love that u so.rixh yet deep inside u still hood.dude I love that I respect that an how humble he is I looooove plies an the wise words

Plies is a real nigga

U can't hate on real shit it doesn't matter if u can't kill or fight to b real mfers in this world is just crazy is hell LMAO me against the world dog saying real deep shit !!!

This conversing is the truth. Plies, is very educated. College degree & football scholarship..👑💯😎💜

239 Ft Myers He speaking da truth about the city doe

I prefer Johnny Rebel over plies

U need to interview kevin gates... that would be crazy. Probably one of the best interview

I wish black folks would quit excusing black folks and blaming others rather than take responsibility. The lie isn't helping to do anything except continue to kill young black men or send them to prison. White folks aren't our problem. Trayvon didn't die because he was black, he died because he attacked a man with a gun. FACT! His parents failed him miserably and failed him in death as well with a lie. Until we start holding parents accountable nothing is going to change. It's not white folks raising our children, until we start giving them the tools to grow into successful healthy happy adults nothing is going to change. Black folks need to wake up and stop living lies! Our children deserve so much better. The only racism in the Trayvon Martin case came from him, his friends and family.

Its so nice to hear him speak without that country dialect.

Wtf is ghetto pain- respect yourself and stop shucking and jiving.